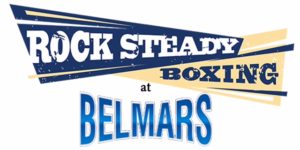 Formed in 2006, Rock Steady Boxing (RSB) is a nonprofit organization supported by private donations. It is the brainchild of former Indiana prosecutor, Scott C. Newman - himself diagnosed with early-onset PD at age 41. In his search for a personal exercise program that
met his health needs, Newman found that boxing improved his agility, daily functioning, and physical health.

The discovery led him to establish a small gym and boxing ring in Indianapolis. With the help of former world champion/professional boxer Kristy Rose Follmar, RSB grew from its inception to be a network of more than 150 gyms nationwide today. Says Newman, "Not only does our training offer targeted workshops geared to PD, it's also lots of fun and a way to form friendships."

The Parkinson’s Disease Foundation estimates there are more than 1 million people in the United States diagnosed with Parkinson’s disease, and more than 60,000 people are diagnosed each year. Rock Steady Boxing is the first gym in the country dedicated to the fight against Parkinson’s.

Belmars in association with Rock Steady Boxing brings you the best workout in Westchester county geared towards improving the lives of people suffering from Parkinson's.

Located in Westchester, New York, Belmars offers small classes with personal attention. Our goal is to guide the individual to obtain their goals both physically and mentally.

This holds true whether the goal is to get fit, lose weight, learn something new or to be the best at their chosen sport.

Belmars Gym is in White Plains off eastbound Rte 119/Tarrytown Road. Make a right turn at intersection of Prospect Ave. ~ Opposite the Greenburgh Police Dept.